Last week, when we brought you to L'Atelier, we briefly described Cimitiere d'Ixelles and its wonders. Although, Ixelles is not just that. Ixelles is a big and varied quarter of Brussels, rich of experiences that can vary from the exotic little streets of Matonge to the rich neighbourhoods of avenue Louise. It can offer high-end nightlife joints like Spirito Brussels to rundown cafes where local barflies tend to be the main attraction.

The Black Sheep is in Flagey. If you've not yet been to this part of Brussels, you may have heard already of the Cafe' Belga or of DeValera's pub, or someone just probably mentioned Flagey as one of the fanciest and nicest areas where to go for aperitif or for dinner. Indeed, the lakes, the young and trendy bars around the square, and the many options for food make this neighbourhood one of our locals. Not only because we live very close, but, as you will discover reading our blog, it is a nice places for several craft beer experiences.

As we spent several evenings in the past two weeks at this bar, we thought that the Black Sheep deserves a post. Perhaps not the most beautiful, but its remarkable features, make the bar a special and quite pleasant place where to go and have a drink - and a bite.
The Black Sheep is very recognisable for being next to a filling station and a great Portuguese restaurant. However, as in the case of the Atelier in Cimitiere, if you pay no special attention to it, you may completely miss it. 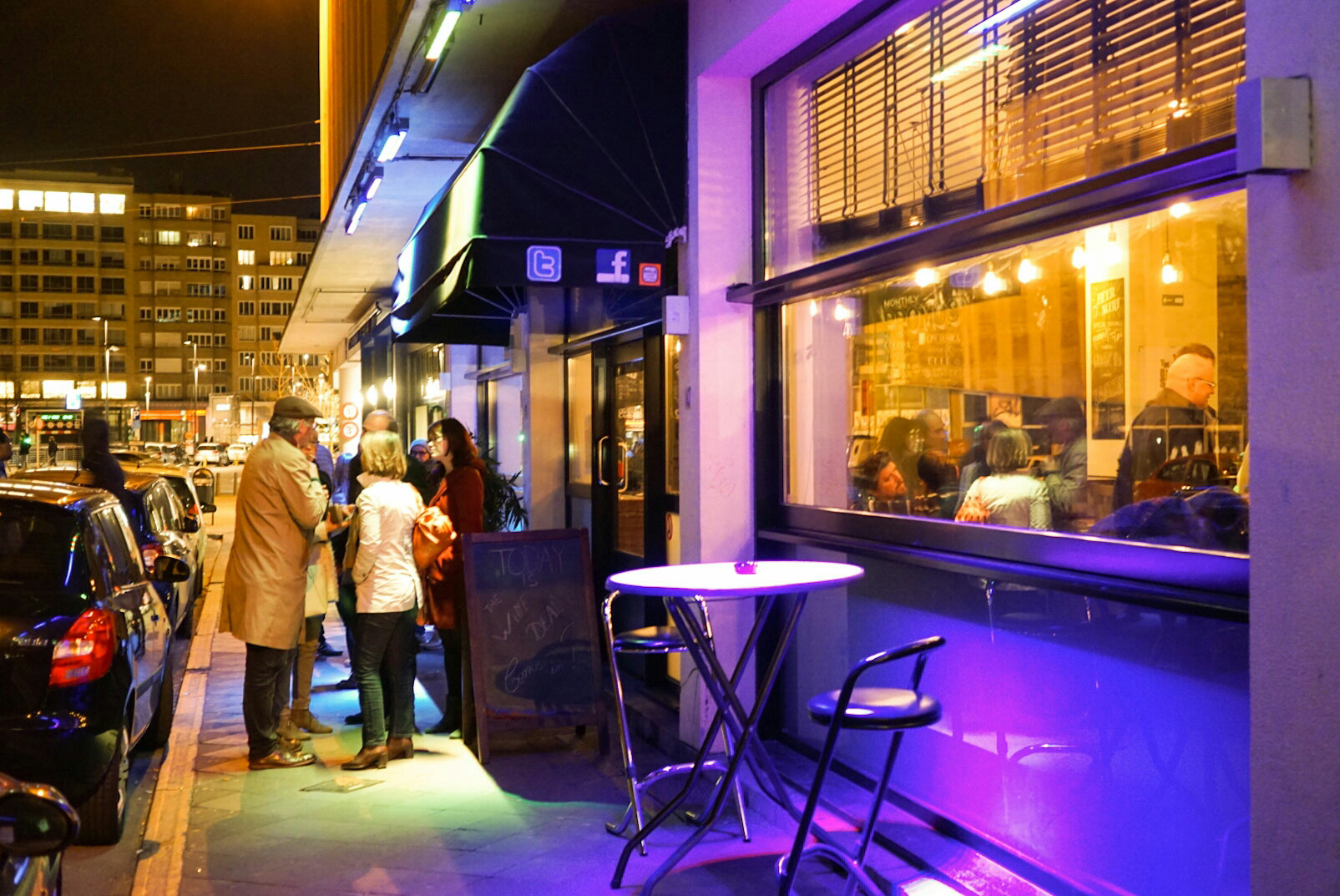 Why should I go?

The Black sheep is more of an English style bar than a Belgian brasserie. When you get through the doors, the space is unevenly organised between sitting tables at each side of the door and high stalls distributed a bit weirdly around the place. However, it helps the eye to move naturally towards the bar, which never is a bad thing, is it not?

Despite the space organisation, the beer list stands out immediately, on nicely written panels hanging on the left side. You can find some unique craft beers on draught, and some specials and seasonal as well. The place has also got some name for their gin and cocktail list, a wonderful joint if you are with a group of people. For instance, we were more than ten last week, and there was no issue in finding a table, move around and enjoy your staying together.

Now we get to the interesting part of the post: the beers. The Black Sheep has got an unusual beer list, which includes some mouth-watering uniques.

On draught, taps include some of Brussels standards (at least in the bars we like), of the kind of Brussels Beer Project's Grosse Bertha, and Goose Island Brewery's Goose IPA - since Goose has been bought by AB-InBev, it is veery easy to find it in town.
However, what you do not expect to find is, alongside Guinness, a proper 100% Belgian craft beer: Lantern, from the Brasserie L'Ermitage. Brewed specifically at the Brasserie de Bastogne by the nanobrewery, it is an IPA with a very nice touch, indeed our favourite. Also, they serve a strange triple beer in a funny looking huge glass. It is called Paix Dieu - god peace, and I guess the name recalls that a 10% alcohol puts you down to bed quite peacefully indeed.
The choice of most of the beers is for half litre of 33cc, so not the traditional Belgian cups. i.e. be careful, you may get drunk! 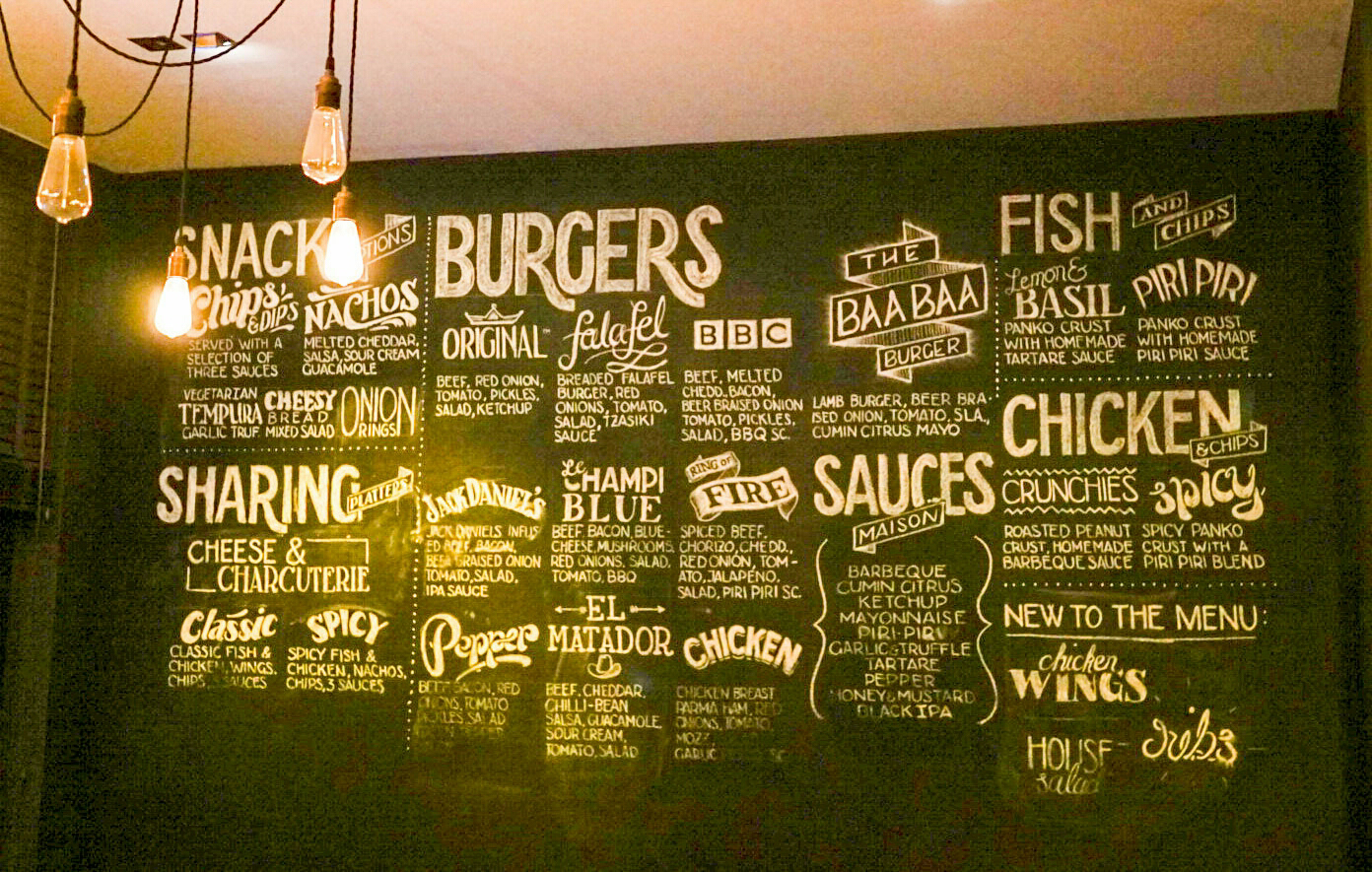 Although, in our last expedition (we called it for work, but you know, when drinking and tasting is your business, things get easy), we ventured into the mysteries of the bottle list, and discovered that they featured a special brown real ale from Yorkshire: Black Sheep, what else? We would suggest you to try it, but I am afraid Ivan and I got the last few bottles down already!

What else can I get out of the Black Sheep?

The interesting drinks list is complemented with a food choice which is surprising for the standards of similar places around town. In particular, their chips are quite amazing: once you get hold of them nicely cut, dipped in a house special sauce, you would not stop eating them. We haven't gone through all the platters, but the cheese and charcuterie was a wide enough selection of goodies, and we had some time to try out their burgers. Despite the size seems small, the care the crew puts into creating those dishes emerges directly from their taste. 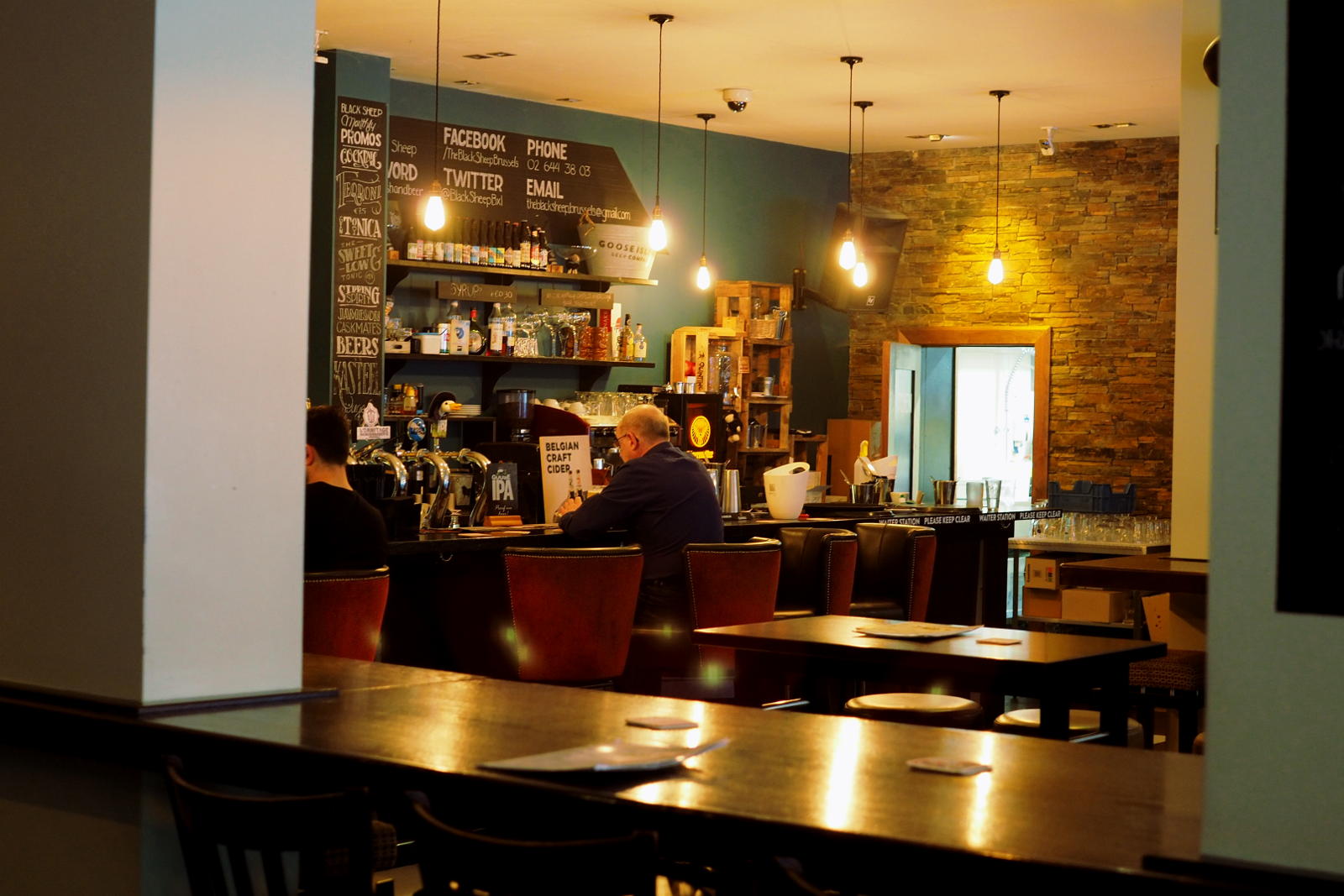 One last note on the Black Sheep in Flagey. On weekends it tends to get fairly packed. Do not be surprised if you see a band playing and if there is almost a line at the door. To be honest, unless you want to have a real blast, we suggest you try it out at aperitif/weekdays times.

Let us know what you think!