Place Luxembourg, or Plux for the common man living and working around the European institutions bubble, is a place someone will bring you to sooner rather than later if you live in Brussels. Right in front of the massive pannettone-like building of the European Parliament, it is a nice square surrounded by little streets and bars.

Place Lux gets hot every Thursday evenings, when parliamentary assistants and interns gather to have fun and “network”. As the evening progresses, the square itself is closed to traffic and even the buses are deviated. You will see tons of people getting slowly drunk, ready for a huge night ahead, and lots of very bad beer and debatable drinks in plastic cups shared till well past wee hours. If you're an intern at the Commission or the Parliament, this is the place to be.

In a place like that, you wonder, what would you guys be doing? no stories of craft, no traditional hidden bars, no special draughts? what has the European bubble crew, parliamentary people and youngsters bad drinking habits have to do with Draught a Craft?

Well, in the square, among the numbers of bars that will rarely hold anything remarkable up to memory after your first visit, there is a place worth mentioning: the Beer Factory.

The Beer factory is a nice and messy two floors bar with a huge brewing kettle in the middle. The atmosphere is not the usual we send you to, but if you’ve got friends in visit at the Parlamentarium, or someone working in the European Quarter, the Beer Factory is a decent place where to have a beer. 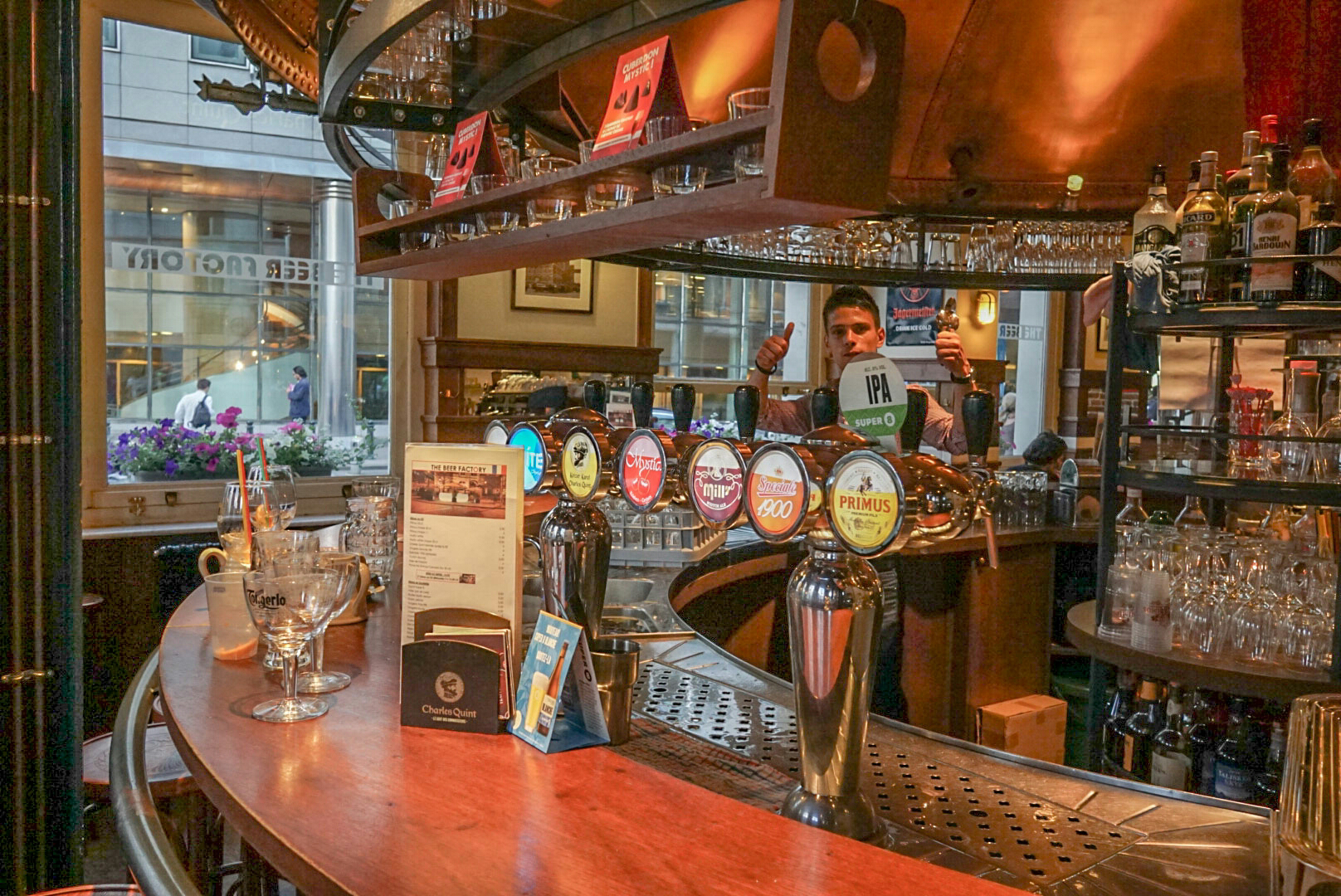 The place at times can be crowded, but the tables outside, a narrow stool next to the bar or a cosier table on the upper deck can provide you with a bit of a beer experience. They do not serve craft beer here, but the drinks list may surprise you.

In fact, the choice of beers on tap and on bottle is quite unique for Brussels. It includes beers like Primus, Mystic, Tongerlo and even the obscure Special 1900 - some of these brews are totally unknown even to locals!

However, we suggest the Charles V. The beer is served in the traditional four handle clay jug, and by itself is an experience worth the journey.

Rich in flavour, a red amber colour juice that starts off with a touch of sweet likely to hurt your hoppy-used buds at first, then it rounds up with a nice touch of vague bitterness that sticks to memory. I mean, it is indeed a beer to try. Have a look at the picture, don't you want to have one now? 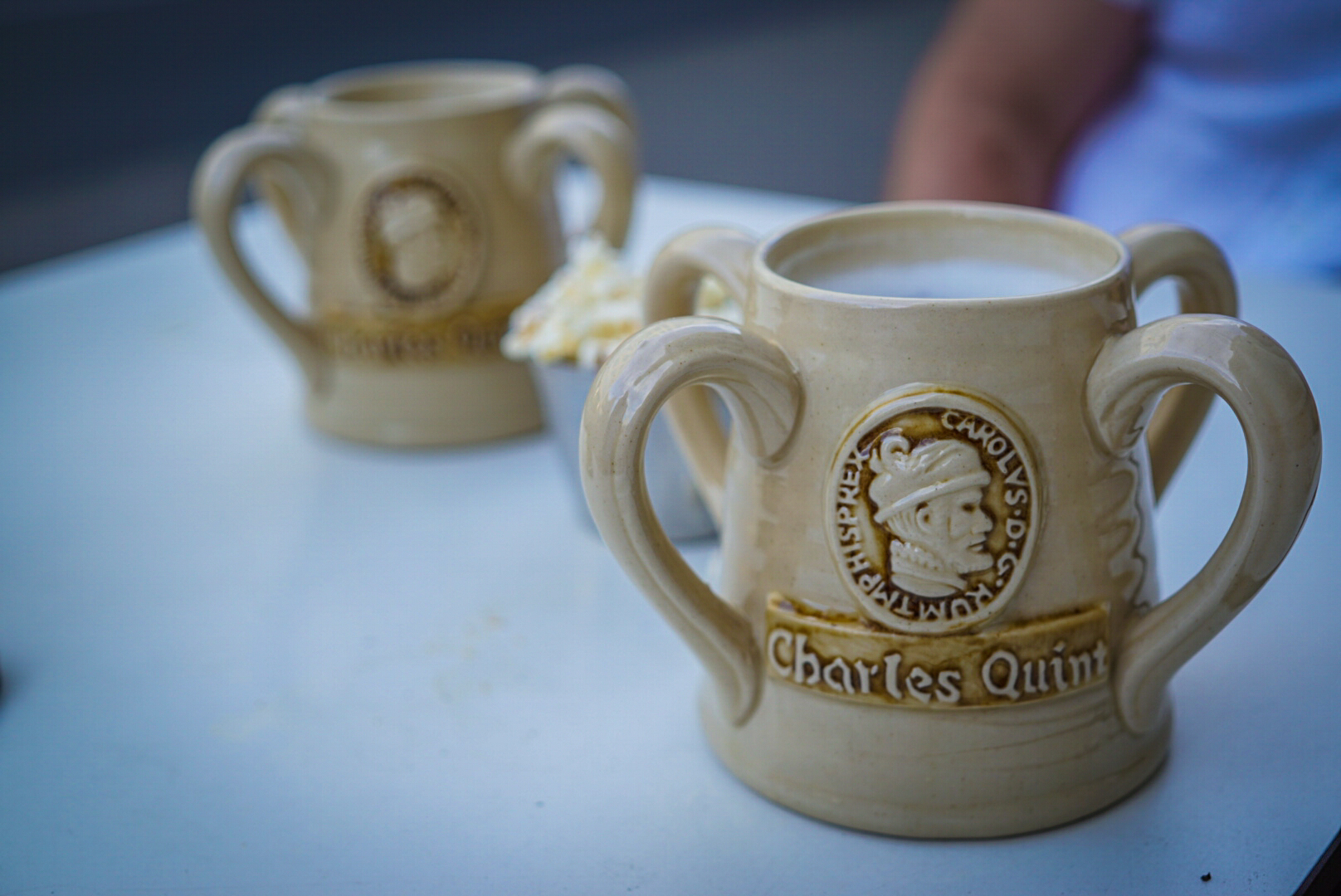 The food menu has a huge selection of Belgian brasserie specialities, if you want to grab a bite you'll be served at whatever time of the afternoon (as custom, a brasserie keeps his kitchen open almost non-stop through the day). We are not extremely impressed by the quality of the food, but the guys serving are quite funny and friendly, that makes our little journey very pleasant.

In the end, it is Place Luxembourg on a Thursday evening, people becomes a national sport! Well, let us know what you think of the Beer Factory, is it worth a draught?