If you just have arrived in Brussels, the chances are you have heard already about this bar. And of all bars here, just this bar. We could say that, if Brussels is the world's beer capital, Delirium Café is its main street: probably not the prettiest place and seriously overcrowded with tourists, but full of great beers!

How to get there

Over my 2-years stay in Brussels, it's been a thousand times that I have given directions to tourists - from lone travellers to whole classes - how to get to Delirium Cafe, but rest assured, that's an easy one: the bar is in the very heart of the city, just a 5-minute walk from Grand place, on a narrow, dead-end street that also gives home to Jeanneke Pis (girl version of Manneken Pis). Crowds are guaranteed in this place and that takes away quite a bit of the real beer experience - taking your time at the bar, asking for the tastes of different beers and deciding what to buy; the staff here doesn't have a choice but quickly put a beer in your hands, grab your money and get to the next in line.

Occupying two stories of a building, Delirium has lots of nice touches inside like pub trays from all over the world nailed to the walls and ceilings (specifically on the lower floor). Each floor has its own bar and quite often they offer different draught beers - don't be surprised by that. Even that it is almost certainly crowded here, probably you'll not wait too long before you can settle somewhere - most of the people spend here just a few beers time and move on to the next place.

What beers to drink 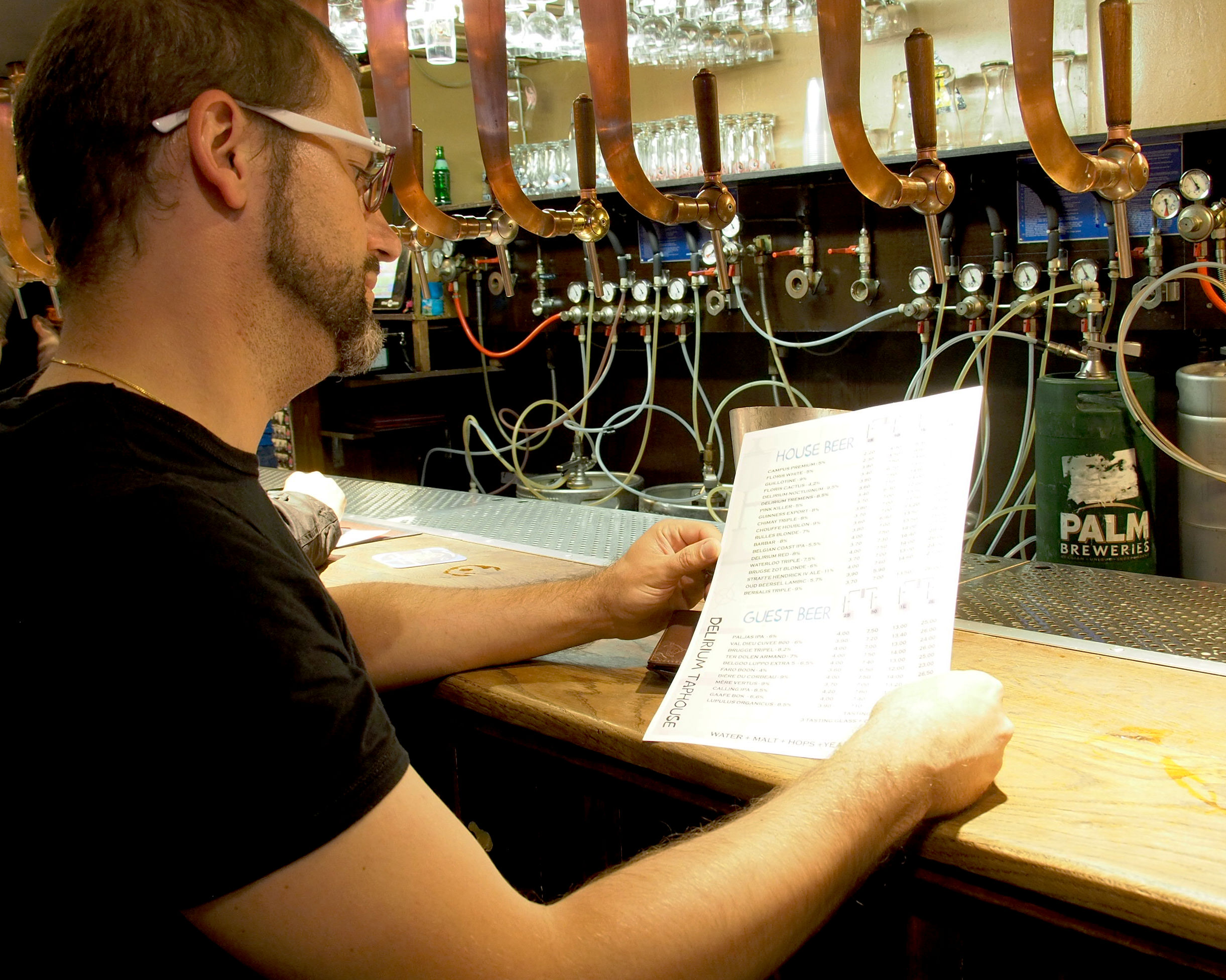 The bar offers such a great variety of beers - it is actually listed in Guinness book of records for its more than 2000 different beers on the menu, coming from over 60 countries around the world - that you will have quite a hard time to figure out what you want to try. Here are some tips on that: 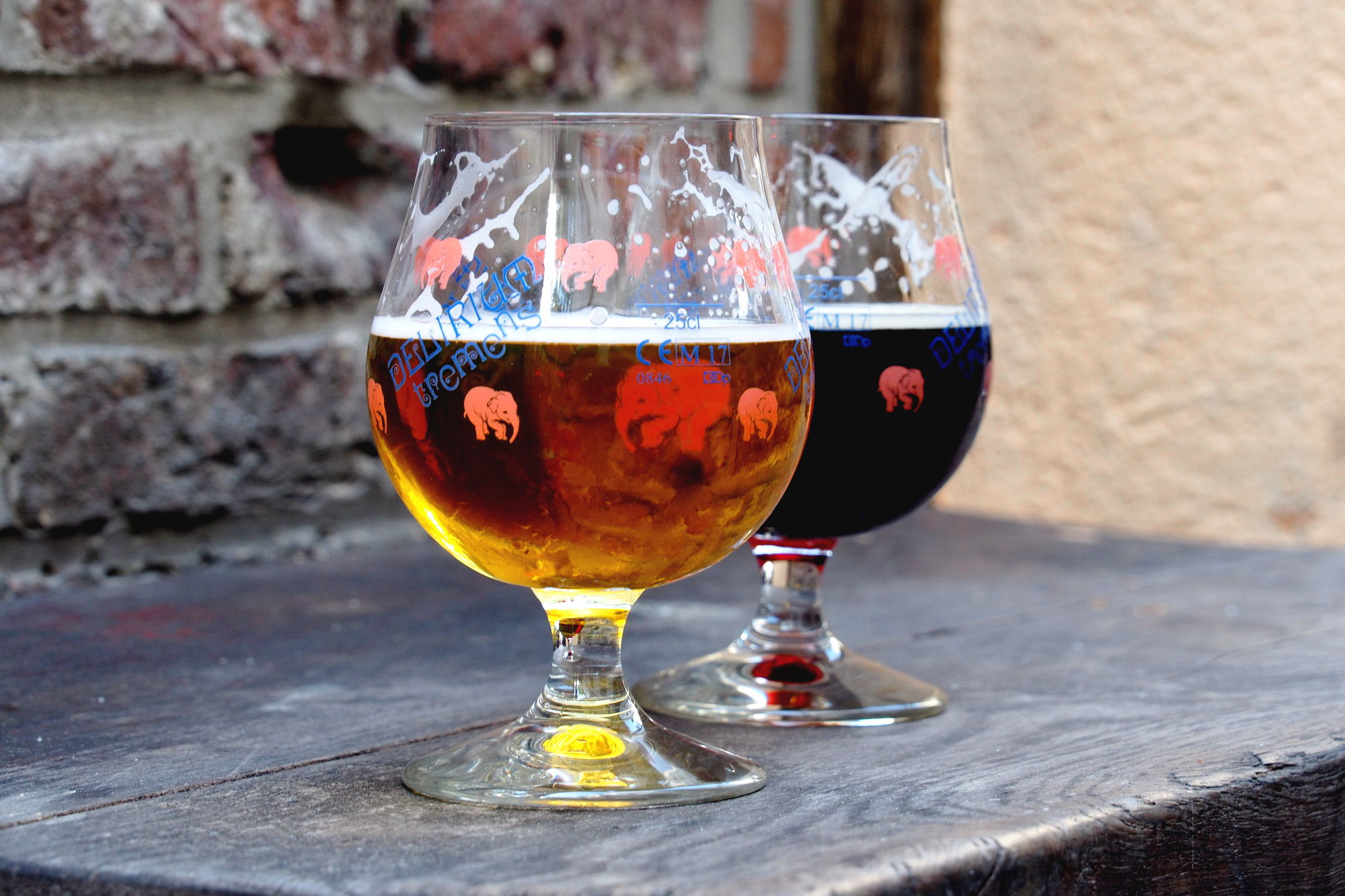 A tasty beer in your hand, a nice company around you, vivid crowd all over the place - that's how one of the most famous bars in Brussels feels like. Most certainly, not long after you enter Delirium cafe, you'll want to change places or perhaps grab a byte - and that's something that Brussels has to offer!