Today, we are talking about one of the gems of Brussels city centre. It is a bar that mixes together the tradition of an old-man's pub with the features of an adventure into the land of brewing.

Brussels city centre is a little bit of a mystery, the first time you get there. So, to find the right place where to go can be a bit of a challenge. On the one side, bars are so many you may get lost; on the other, most of them may not really be worth the journey. If you're looking for craft beer...well, the challenge could be even bigger.

In any case, if you want to start your journey well into craft in Brussels city centre, you need not look further: Le Coq is there for you. Placed strategically in front of the Bourse - the former stock exchange - , it is one of the first noticeable spots in town, thanks to the red entrance immediately visible once you look towards avenue Dansaert. 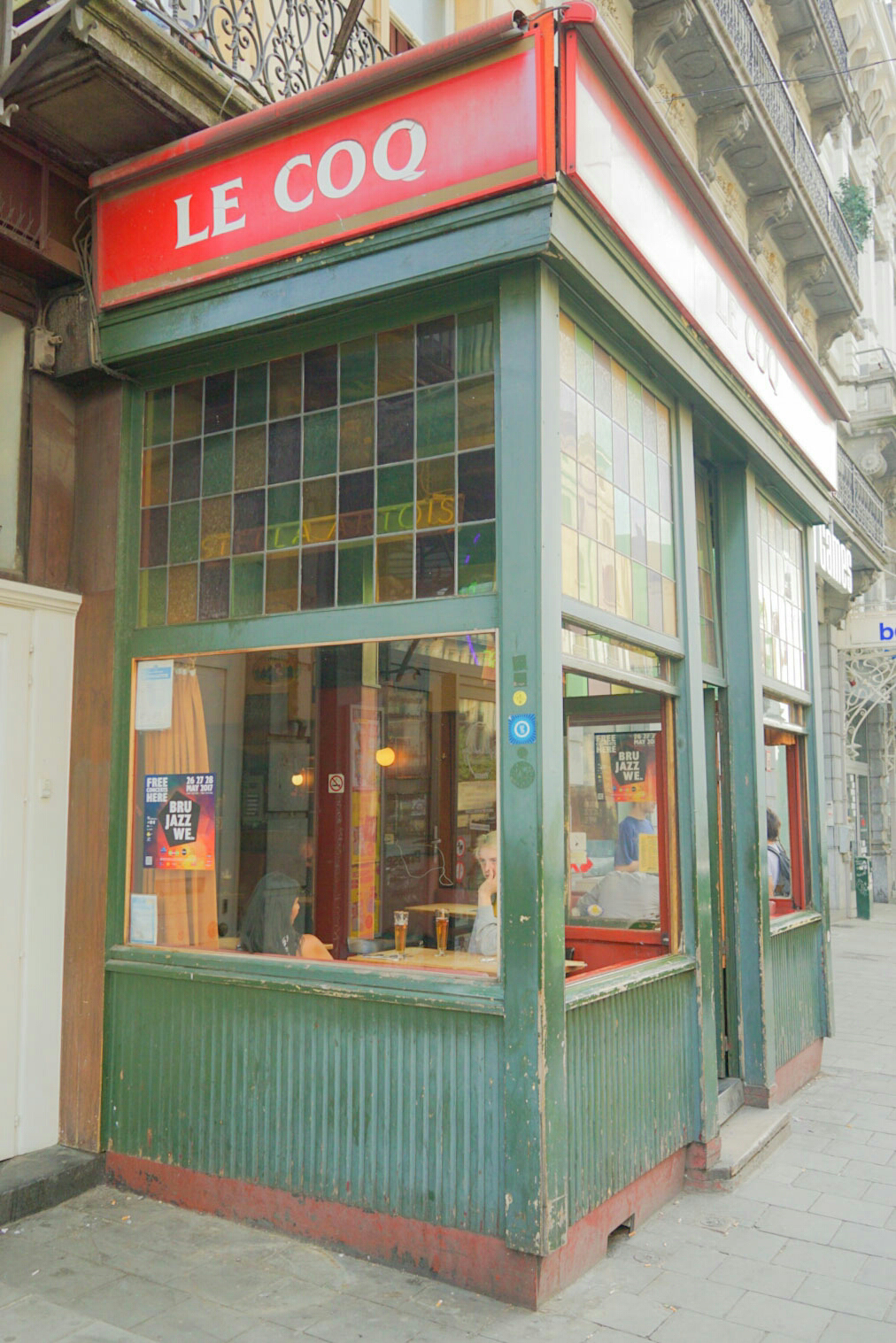 I know, I know, from outside it looks like the doggiest bar you've ever seen, but don't stop at the looks. Once you enter, you will see that it offers more to the eye than what you think. The entrance looks like an old, old bar, as it is in reality, but you need to get a little more beyond the door to realise what is the potential of the place.

Populated by a crew that can vary from Flemish uptown people to old guard Bruxellois, from students to expats, the place starts to make sense once you see behind the bar: young barmen, friendly and helpful, and a list that covers the full end wall make the place worth a visit!

The beers at Le Coq

Now, the taps sometimes can be disappointing; draught beer is sometimes traditional, unless you are a connoisseur of Belgian lagers. But don't despair, the amount of bottled beers you can find are actually much more than you can think. 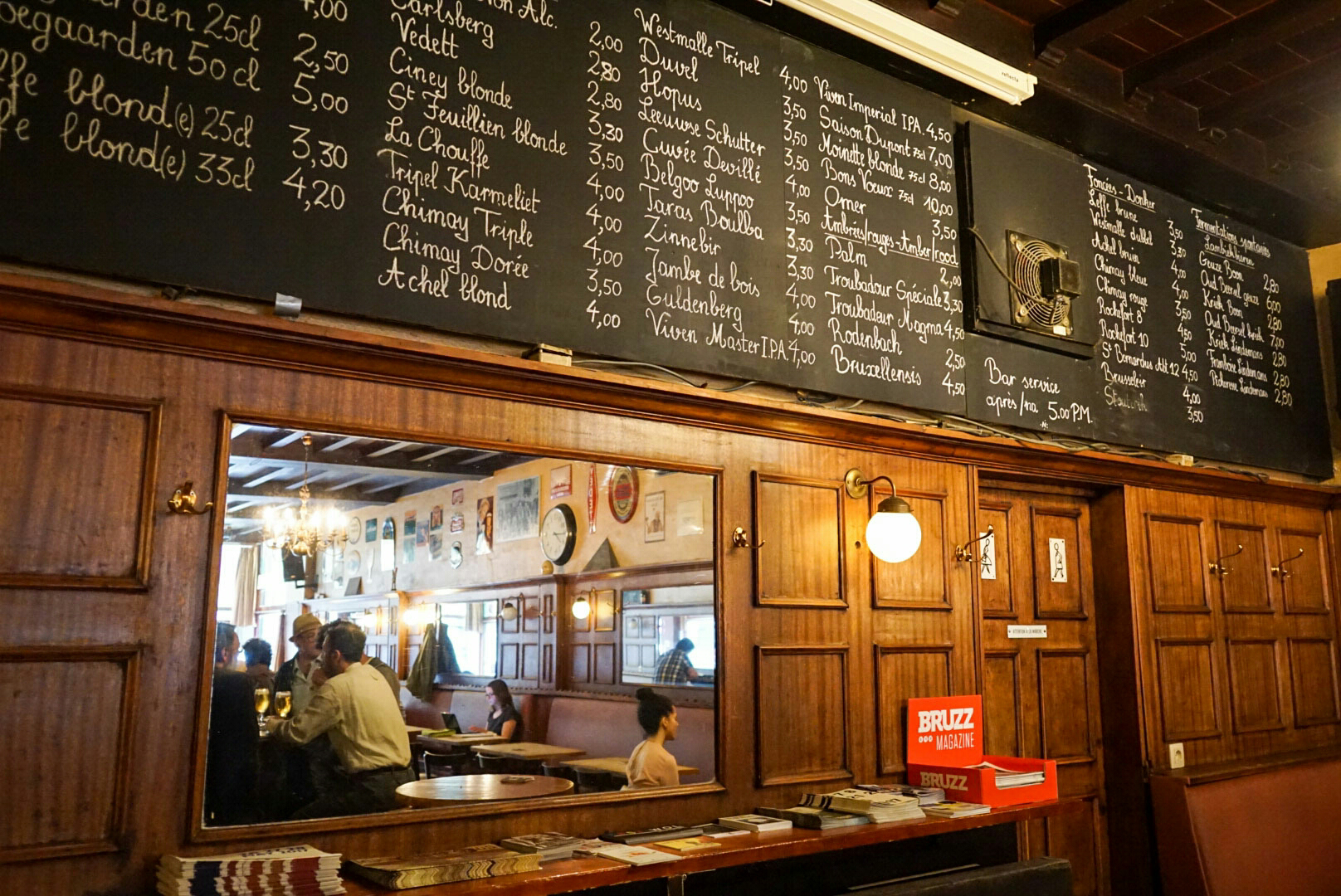 To give you an example, it is at Le Coq that I first tried Viven IPA and imperial, as most of other places in Brussels do not have them in the menu. Have a look at the long blackboard that covers the furthermost wall, you will have an amount of beers to choose from that would leave you a full couple of minutes to think about. Not as refined as other bars in terms of giving you the full fledged experience of the bars we love (see the Moeder Lambic or the Atelier), Le Coq is still a place we recommend for a good night out with friends or colleagues. Usual bar food is available with the standards - i.e. cheese and saucisson -, but it also features bitterballen, the far famed dutch meatballs delicacies. After the first beer, you will go down on them without realising.

Usually, we end up to these quarters for after work refreshers, at least when we hit town. In my opinion, this is the best bar to enjoy the atmosphere, and very often it is preferable on a Thursday, when the crowd mix is most varied. However, if you want to experience something different, come in the late hours of a weekend. The crowd will sensibly be different, and maybe Le Coq at that point regains the old way of being: you will see less fancy bottles on the tables, more draft lagers in the hands of less refined customers.

So, go to Le Coq bar in the city centre of Brussels, it is a place you will remember and a place where your knowledge of craft beer and of Brussels real life can indeed be increased!