it has been quite a while since our last post, but sometimes the way life works is pretty peculiar. Meanwhile, we hope you have kept up to date with things happening in Brussels. Craft beer on draught is the more and more a normality in bars in Brussels, specially in August: festivals and events (did you see us at SWAFF! ??), celebrations for the international beer day on the 4 August, all in all it is time to start to talk about draughtacraft again.

Today is the 15 August, and a cloudy day in the mid of the summer, a bank holiday for Belgium. For sure, you will be going somewhere. Did you catch a train to go somewhere from Brussels Central Station? are you coming back from somewhere? well, just outside the station is the place you want for a day like this.

BrewDog does not need introduction to any craft beer drinker. The master brewers from Scotland have been on the forefront of the craft beer revolution in Europe, challenging the big boys like DIAGEO, AvInBev and Heineken to follow them on the beer for people, on appreciating and liking what a good craft product is.

What you may not know is that an original BrewDog bar has been opened in Brussels for a little over two years. 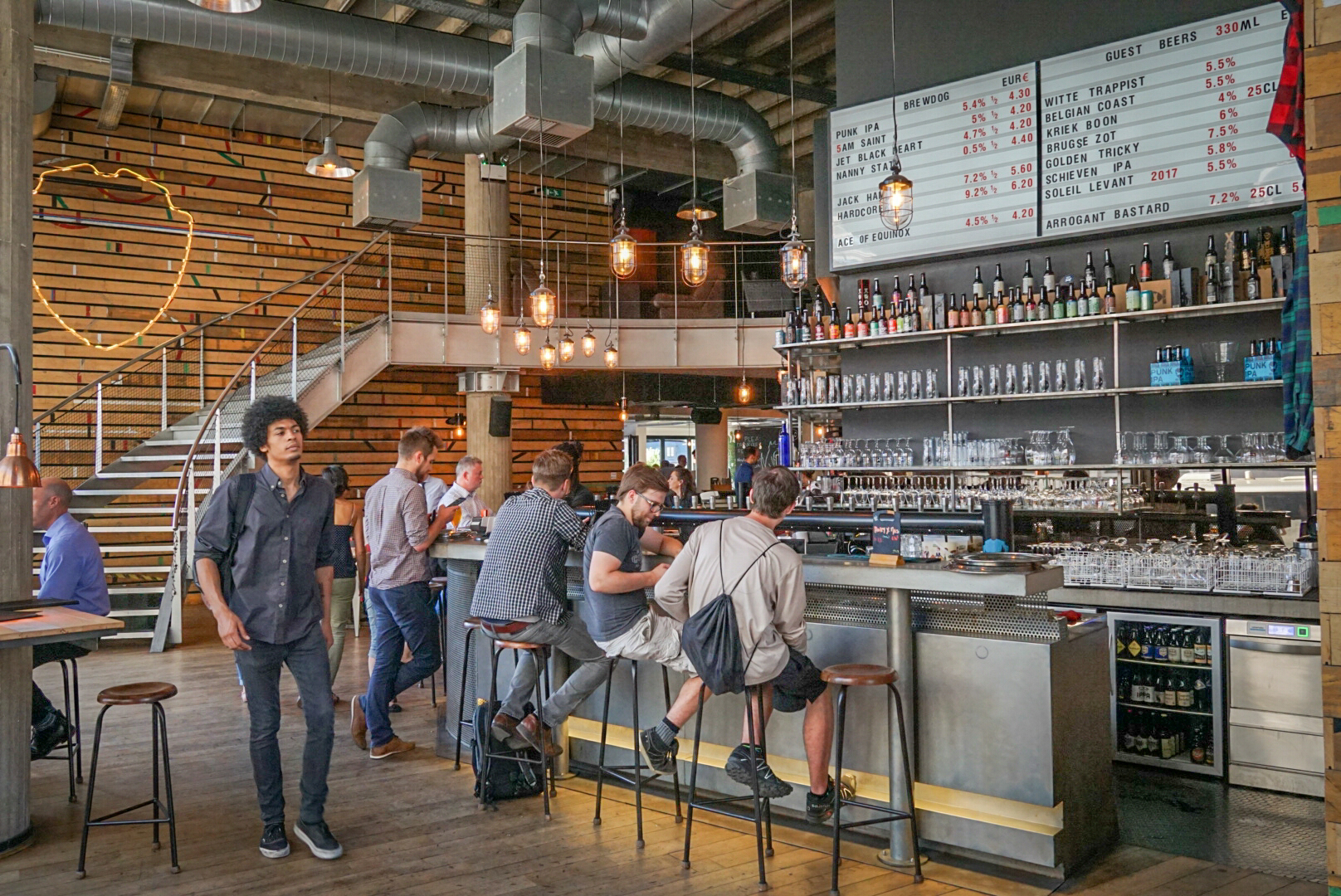 Enter the place via the only side door entry, and you're in an amazing high ceiling old-style factory. A winding staircase leads to a top floor that I have never seen open, and then, your eyes can wonder from the boots to the left directly following the counter at your right, being naturally pushed upwards towards some big panels that enlist an impressive array of most of the special crafts that have made them famous, plus some Belgian specials. On the back of the counter, the kitchen and next to it some nice looking vintage couches and a long window that opens up to the best part of the bar, at least for us. 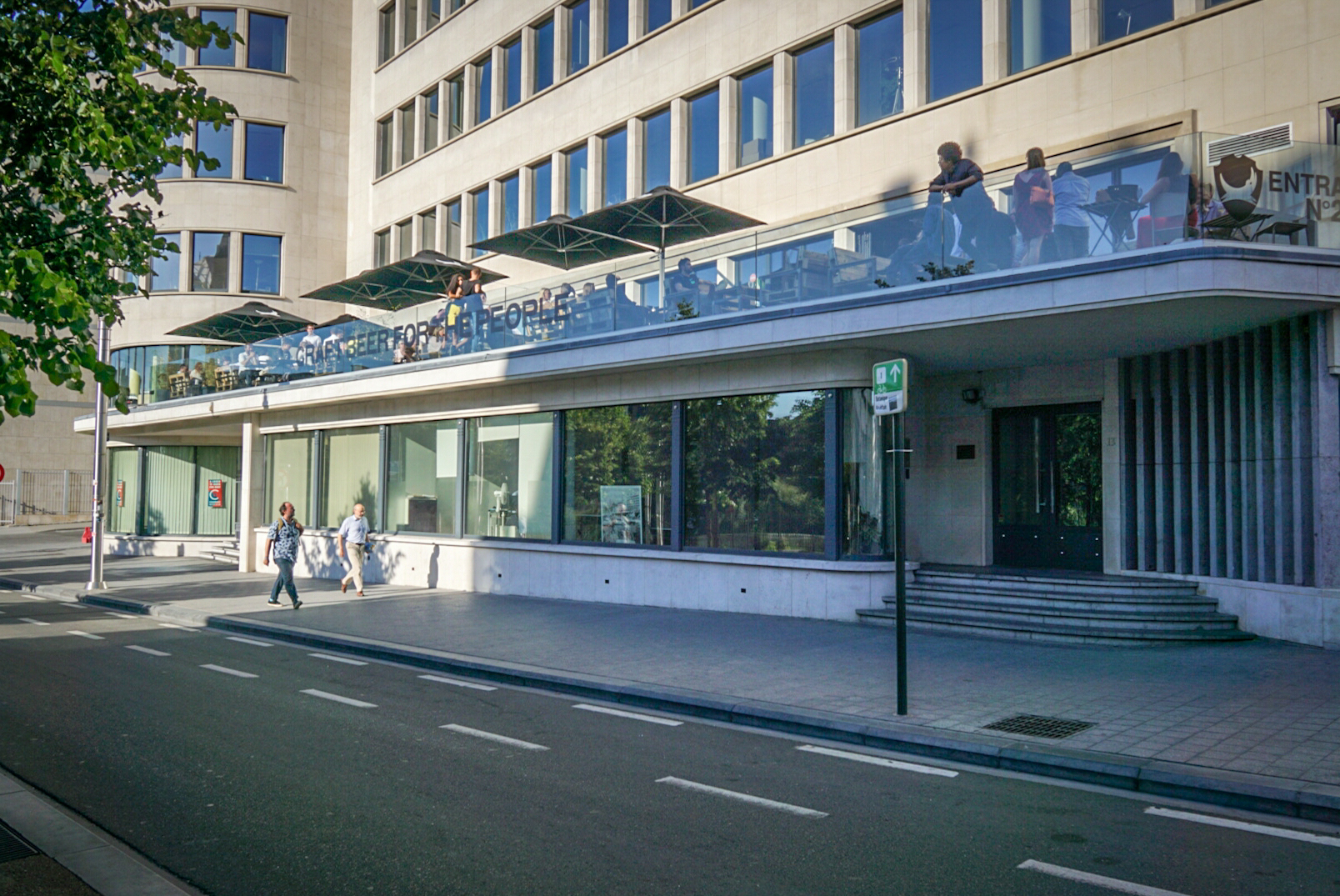 Indeed, the outdoor terrace is amazing, I guess that the best times we spent here, even during cold winter evenings, was outside. Heathers on each table's umbrellas, you can smoke and chat and enjoy your beer in such a nice way you hardly think you are in Brussels, lest right next to the station!

Coming back to the beer list, most of the crafts are actually on draft, even though more than once we found out that the crew does not replace the kegs so often, so if you are passionate about the taste of fresh draught craft beer, do not be surprised if they would serve you a bottled beer, "sorry, we're out of stock", give yourself whatever reason. However, do not despair, some crazy shit is often very much present, and if you're willing to try not only a classic Dead Pony, but things like the Jack Hammer or even the Vagabond, they are here. Moreover, the Belgian specials are quite nice as well. 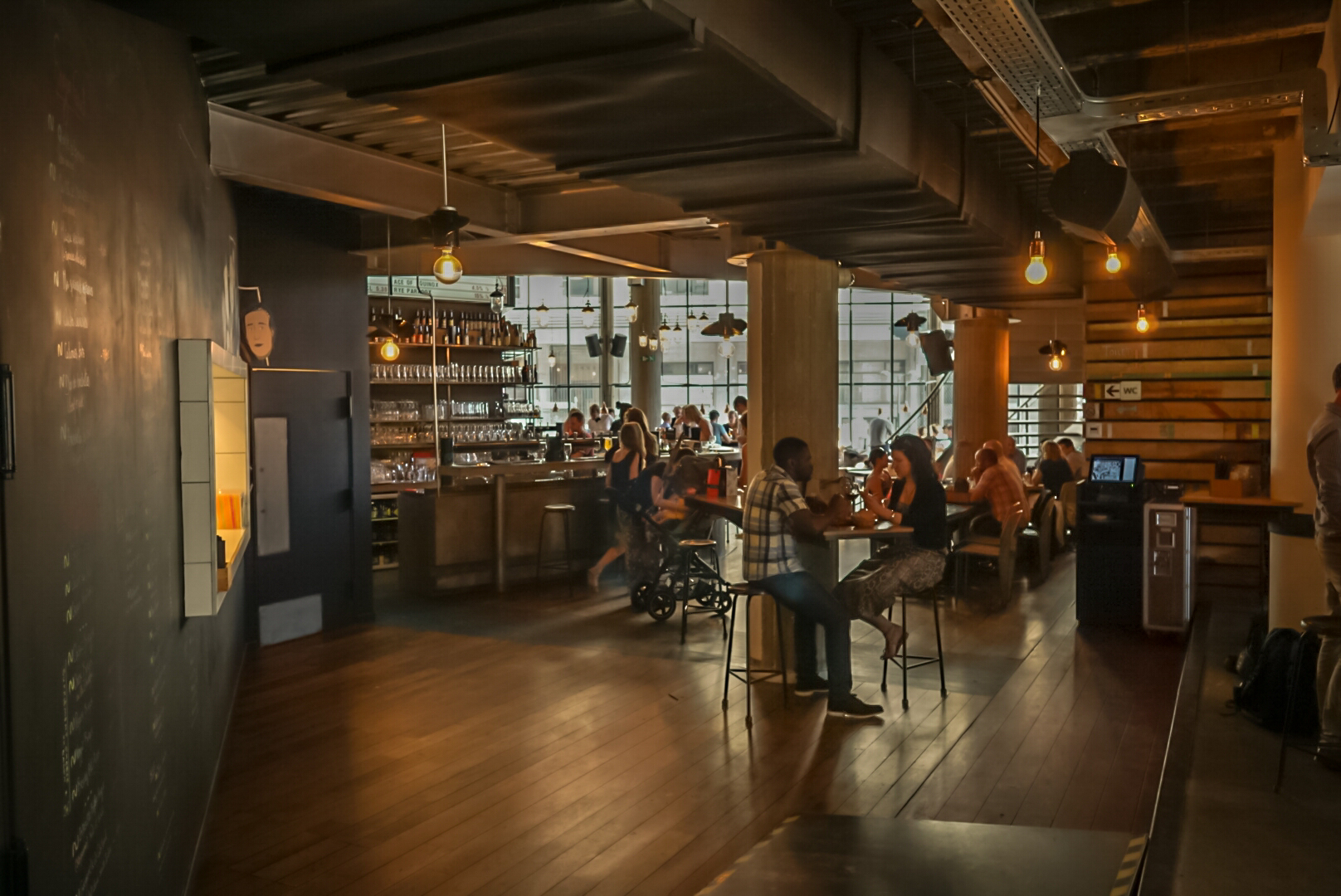 BrewDog's crafts are outstanding. Each one of them is an amazing beer experience, rich of flavour and body, probably the clearer trademark of the Scottish brewery is actually the uniqueness of their tastes. When you will read my post on my journey to the US, you will see I was a bit disappointed by the lack of personality of many of the beers I tried, particularly in New York. It is not the case with most of Brewdog's: once you had 5AM Saint or a Dead Pony, or even the alcohol-free Nanny State, the taste will definitely stay with you and let you recognise them among many.

Should I stay or should I go?

So, what is the verdict, you wonder? well, if you're in Brussels city centre and you're asking yourself why you're not already running to get your craft at Brewdog, we need to warn you: Brewdog does not always rank among our favourites. True, we keep on coming back, but that is just our laziness: it is right there, in front of the station, if you've got some time to waste, why not having a good beer?

If you come to Brussels and you've never had a draught BrewDog's, don't even hesitate: come in and try as many as your body can take. If you already have, though, don't put it first in your list. As I said, the location is amazing, but there are at least two reasons for which we recommend other bars in Brussels city centre, like Le Coq or Moeder Lambic.

On the one hand, the service at BrewDog is at times quite disappointing. I mean, it depends on your luck, but more than once the crew has been lazy, unprofessional and lacks any passion or commitment to what they do. So, it may happen that you are the only client at the counter, and none of the many guys behind the bar will actually come up to take your order. In addition, very often they've got no knowledge of the beers they are serving, and, at least some time ago, the food could definitely be improved.

Also, the other downside of the place are the prices. When it opened, a dead pony 25ml - standard and almost the cheapest on the list - would be around 3,30 bucks, now, merely two years into their business in Brussels, a dead pony is 4,50 euros, making this bar one of the most expensive in town. I think we don't need to speculate on Brewdog's debatable market choices in the last few months, but for definite, if you come to Brussels to have a real draughtacraft experience, Brewdog must be in your list, but it is not for the lighthearted.